How do I find my way around the Bible?

This short overview assumes you are new to the Christian faith and may be a bit intimidated about reading the Bible. There is nothing intimidating about the Bible. It is a Holy Book and must be treated with reverence, but it is not a scary book. To get the most out of the Bible requires discipline, a teachable heart and a willingness to listen to God’s voice through His Word and to obey His leading. Some versions of the Christian Bible have instructions at the beginning of the book on how to use the Bible; some also have study resources presented at the end of the book. Those Bible versions that come with study resources are called, “Study Bibles”. As always, never forget that your best teacher is the Holy Spirit whom the LORD sent to help followers of Jesus Christ. By asking God to increase your understanding before reading the Bible, you will gain better insight of His Word and grow faster in your Christian walk.

If you have access to a Christian Church, seriously consider getting involved. Sunday school classes, or Bible Study groups, at your local church would provide a good supplement to the pastor’s sermons. If you don’t have access to a church, continue to read the Bible frequently and pray.

Why does the Bible have versions?
The Holy Scriptures came in original form of manuscripts written in Aramaic or Hebrew and Greek. Subsequently, the manuscripts were translated first by scribes who completed all the translations by hand, then later through printing. The Septuagint is the first translation of Hebrew Holy Scripture into another language – in this case, Greek. Other translations followed. The first book ever printed in the western hemisphere was the Gutenberg Bible. Johannes Gutenberg, the inventor of printing with movable type, completed the printing of the Holy Bible in 1455, in Mainz, Germany. One of the next most important translations was the King James Version which was completed in 1611 in England. Since then, many translations have been completed into numerous local languages so that each tribe and kindred can read the Word of God in their own local language.1

How do I find my way around the Bible?
The manuscripts that came down from the early times had no chapters, or verses; they were scrolls written, unbroken, from the beginning to the end of the book. Imagine what fun it must have been trying to remember where you stopped in your reading the last time!

How Do I Read the Bible?
Here is a brief overview of how to find your way around the Bible. The Bible has two major parts: the Old Testament (OT) and the New Testament (NT), each presented in the form of chapters. You can find the books of the OT and NT listed at the beginning of the Bible, in the Table of Contents. The OT is the entire Tanakh, the Jewish Bible, with a major difference that the Tanakh is arranged chronologically, and provides a clearer overview of timing and when prophesies were given. The table below matches books in the Tanakh to OT books in the Christian Bible. As you can see, every book is contained in the OT, except for the chronological order: 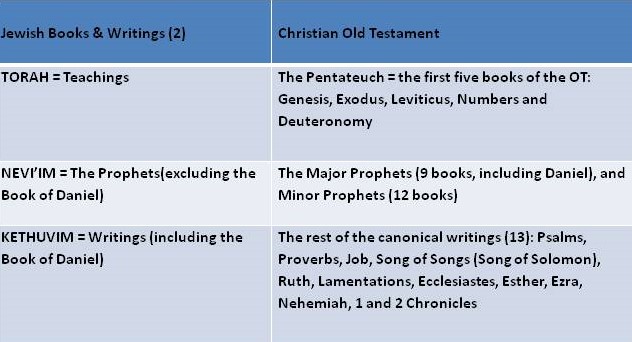 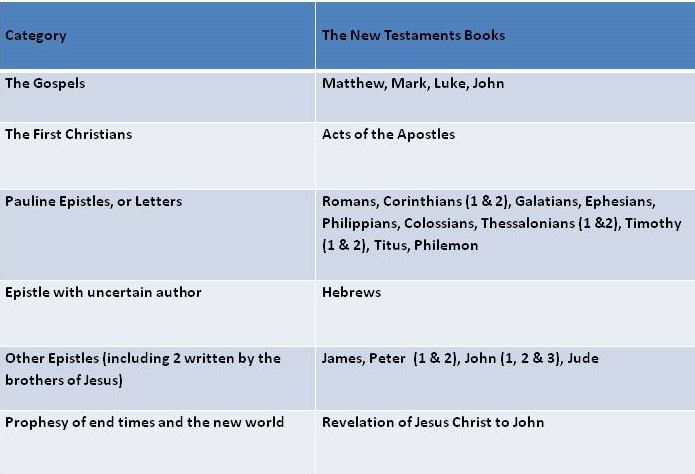 The NT was written by the Apostles and Disciples of Jesus Christ, circa, AD 45 to AD 96, a few years after Jesus returned to Heaven.4 The people whom God inspired to write the NT, except the Apostle Paul, were either the Apostles, or Disciples of Jesus Christ who had worked with Him, among them, James and Jude, believed to be Jesus’ half-brothers. James addressed his letter to Jewish Christians to instruct them on practical living. Jude addressed his letter to believers warning them about the danger of false teachers. The Apostle Paul, lived during Jesus’ time, but did not work directly with Him, and probably did not meet Him before the Resurrection. He met the Resurrected Jesus on the road to Damascus and subsequently God inspired him to write many books of the NT, after his conversion to become a believer, or follower of Christ.5

How do I find my way around the Bible?
As in other books, a chapter is the longest segmentation of a book, and may contain more than one message. A verse provides the shortest text with a message in the Bible. A verse can stand alone, i.e, the full context of a message can be contained within one verse, such as in the Book of Proverbs, but in many cases, it is necessary to read through several verses to get the full message. Often, a chapter contains the full context of the message, but because chapters and verses were inserted later on after the original Word was written, it may also be necessary to read through more than one chapter to get the full context of the message. For example, to get the overview of the Book of Hebrew, it might be necessary to read through all the chapters first, before breaking them into chewable sections.

What is the fastest way to look up scriptures?
Let’s say you’re new to the Bible and have never been to church and you decide to attend church for the first time. You walk in, carrying your brand new Bible, feeling a little bit awkward. The usher smiles at you and takes you to your seat. The people look normal, the music is great. It almost feels like going to a concert. Not bad, eh? Just as you’re beginning to feel really good about your decision to join a church, the pastor tells the congregation, “Turn to John chapter 1, verse 1 and while you’re there, keep your hands on Colossians …” What do you do? The fastest way is to go to the Table of Contents, or remember to turn to the NT, which is after the first half of the Bible, then find the Gospel of John, which follows Matthew, Mark and Luke and find John 1. Also, don’t be embarrassed to ask for help from the person sitting next to you. Colossians is the Epistle, or Letter, of Paul that comes after Philippians. (Also note, with advancement in technology, online Bibles are now available. Some churches may allow limited use.)

Or, supposing you were reading through a Christian article, and you came across references such as, “Genesis 1: 26 – 31; 5: 1 – 2,” this means: turn to the Book of Genesis, found at the beginning of the Bible:

If you find a reference such as, “John 1:1ff”, “ff” means, “and the verses following”, go to the NT, Gospel of John and start reading from Chapter 1, verse 1, until you have completed the full context of the message contained in this passage. In this case, the full context would be John, Chapter 1, verses 1 through 18, or John 1: 1 – 18. Matthew 13: 1ff, would be Matthew 13:1 -23. If you stopped reading at verse 17, you would miss the full meaning of Jesus’ parable, which is really not the story of the farmer and the seeds, but rather, the type of people who get exposed to the Gospel of Good News and how they progress in their spiritual maturity, based on their level of commitment.

Any references to Letters mean go to the NT side of the Bible. Letters, or Epistles, start from Romans (found after the Acts of the Apostles) and cover most of the NT. They are addressed to specific groups of Christians, for example, Paul’s Letter to the Romans, as the title indicates is addressed to the Christians who were living in Rome. He wrote the letter while he was living in Corinth, circa A.D. 58, or 59.6

Where should you start reading the Bible?
There is no hard and fast rule. Some believers read through the Bible every year, starting with Genesis. As a new follower of Jesus Christ, consider starting with the Gospel of John. John will give you a good overview of Jesus, such as He is the Light, the Door, the Good Shepherd, and more. John also covers Christ’s deep love for His followers and what He envisioned for them [The Book]. Next, you can read Genesis, or read through the rest of the Gospels, and also get familiar with Acts of the Apostles and the letters to the early Christians. Another good alternative are topical studies. Topical studies help each person focus on specific areas of needs in their life at a point in time, for example: growing in faith, receiving God’s promises, overcoming fear, dealing with loneliness, or temptation, etc. If you have access to a Christian bookstore, ask them for good references on study materials suitable for a new Christian, otherwise, check online bookstores.

Finally, if you have no access to a Christian Church that teaches the Biblical truth, or to a bookstore, consider contacting one of the Christian colleges, or Seminaries. It is possible that if you make them aware of your predicament, they may permit you to take an online class that is customized to your need to understand the Bible better, without requiring you to complete all their other courses. To review a list of Christian colleges, please google, Christian Colleges and Universities.

The Bible versions referenced here are either from the New King James Version (NKJV), or The Book [a special edition of the New Living Translation (NLT)]